Gelfling around her teens, hazel eyes, fair skin, long platinum blonde hair with a couple of braids, a gold circlet, a long-sleeved powder blue dress with a pink slip on sleeves over her sleeves and a gold leaf pendant on the chest, dark blue boots

Princess of the Vapra Clan

Paladins of the Vapra clan

Books, reading, spending time in the Library, adventures, her friends, innocence, knowledge, her idol SkekOk (until his betrayal when captured by SkekMal), learning more about the Skeksis (formerly), asking questions

Being told what not to pursue, giving up, the Skeksis rule, not being believed in, threats to Lore or her friends, fighting with her family, her mother and sister’s murders, her friends in danger, SkekOk’s betrayal

Her journal
Sword
Shard of the Crystal of Truth

Survives the battle with the Skeksis and discovers the Crystal Shard

“No. It was real.”
“I am Brea, youngest daughter of the All-Maudra.”
“You will never silence me!”

“I always have questions.”
―Brea

Princess Brea is one of the three main protagonists of Netflix’s The Dark Crystal: Age of Resistance (along with Deet and Rian). She is the daughter of the All-Maudra Mayrin and the younger sister of Seladon and Tavra.She, Rian, and Deet bring together all seven of their clans in an attempt to start a rebellion against the Skeksis and learn the true extents of their power and save the world.

Brea is a Gelfling Princess of the Vapra clan who lived during the Age of Division. This was before the Skeksis ordered the execution of the Gelflings. She was is the youngest daughter of Mayrin, the All-Maudra of the Gelflings. She bores of the royal life and prefers to read the books and remain in the library of Ha’rar. This signifies she has a fascination with history and a love of books and craved adventure.

Brea was a very intelligent and clever Gelfling who would mostly hang out in in a library rather than attend her duties as a princess. Though she finds her studies as a princess tiresome, she wishes to go out into the world by joining Rian and Deet to spark the rebellion against the Skeksis.

She could not get along with her eldest sister, Seladon. However, according to Tavra, they are actually quite similar, being that they are both stubborn and have a complicated relationship with each other. However, after the death of their sister, Brea and Seladon fully reconciled because they are all the family they have left.

She also cares deeply for Deet, Rian, Hup, and Lore over their journey.

Brea is about the age of a human teenager, with fair skin, pink lips, hazel eyes, and long platinum blonde hair with two mini-braids. She used to wear a circlet to signify her status as a princess and had an elegant light blue, long-sleeved dress that was covered by a pink overall dress. At Order of Lesser Service, Brea was forced to wear a shorter dress and a dark blue and dull mustard yellow jester hat that had two bells that jingled as she walked. However, she discarded the hat as soon as she left the Order of Lesser Services.

Unlike her dress when she was in her royal duties, Brea’s second dress had the same blue color, sleeves and design, except it was shorter. Her pink overall dress was replaced with a vest and she wore pink, arm sleeves that went from her wrist up towards her elbow over her long sleeves and she wore blue-gray boots, as well as dark leggings. 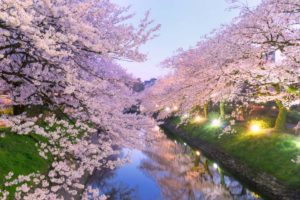 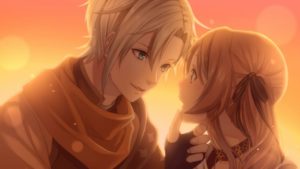